This morning, Morgan left for Phoenix with the rental. His vacation time is up, so back to Florida he goes. Ann, Jim and I spent most of the day touring around Wupatki and Sunset Crater Volcano National Monument. It was a day of rocks and Indians. The flaky, baklava-like rocks were very nice to look at. The Indian ruins were cool. There were many ruins to tour but since we've seen so many in New Mexico, Colorado, etc, we opted to just tour some of them. Other than size and the number of rooms, how great can they be? It's not like some are decorated.... or even inhabited. 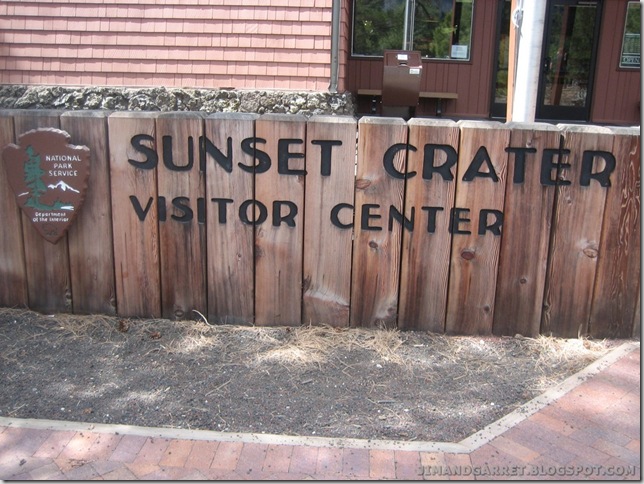 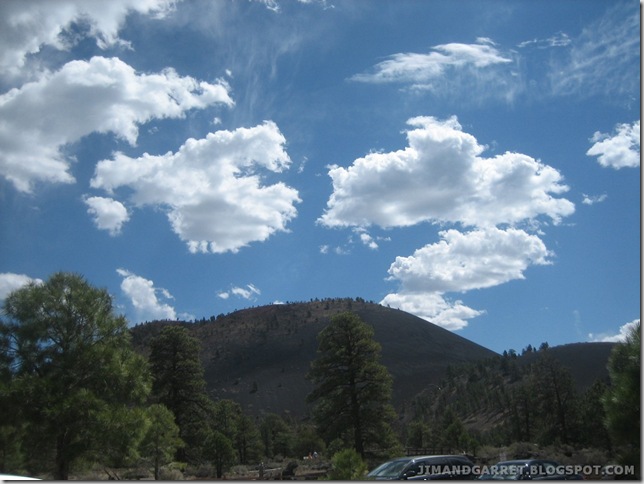 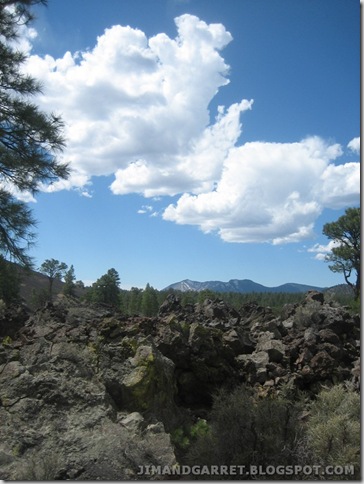 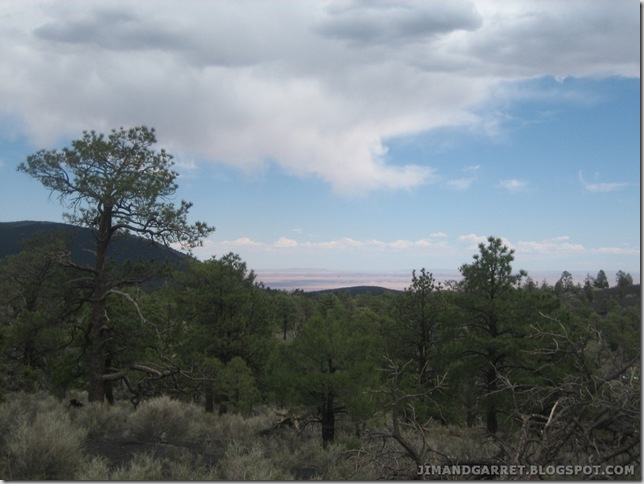 Above: If you squint you can see the Painted Desert in the background. 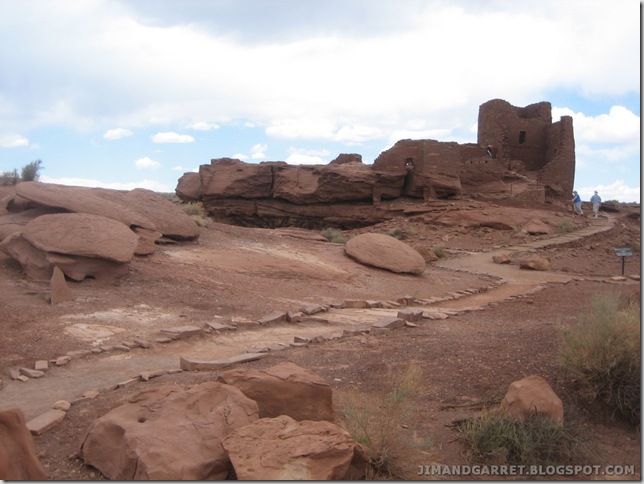 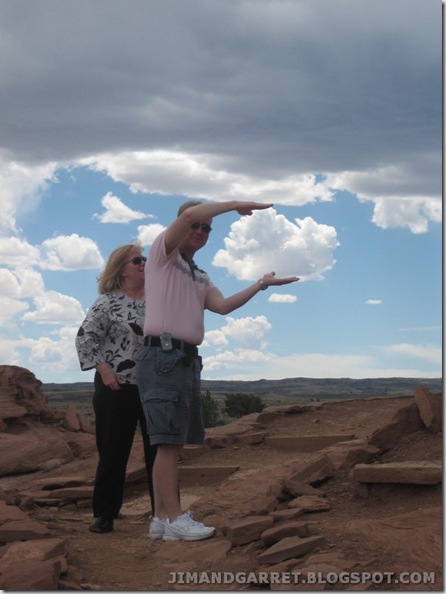 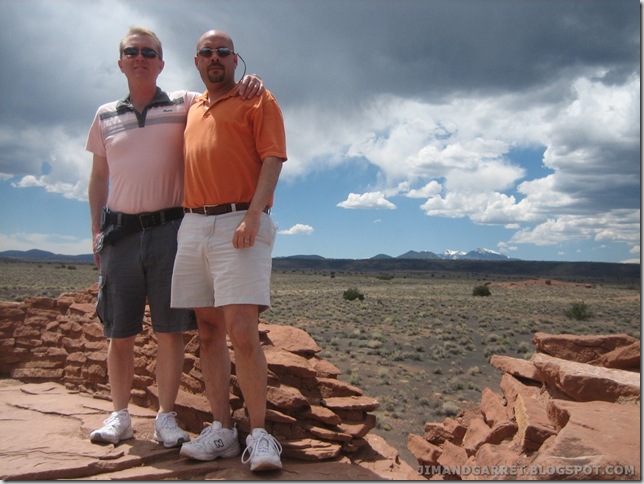 Above: We spotted several of these painted-fake cattle guards. Did someone pocket the government allowance for real ones? If spot checked by the air, it looks real? Does wildlife think it's real? WTF?

Hi, please leave a comment. All comments unless explicit will be posted!

Look Who Stopped By: